The Board’s Distinguished Pathologist Award was established by the Board of Directors of USCAP for recognition of distinguished service in the development of the discipline of pathology. This award is presented to an individual who is recognized for making major contributions to pathology over the years.

These candidates are proposed by the Executive Committee and the Awardee is selected by the Board of Directors at the Interim Meeting for presentation at the Annual Meeting. 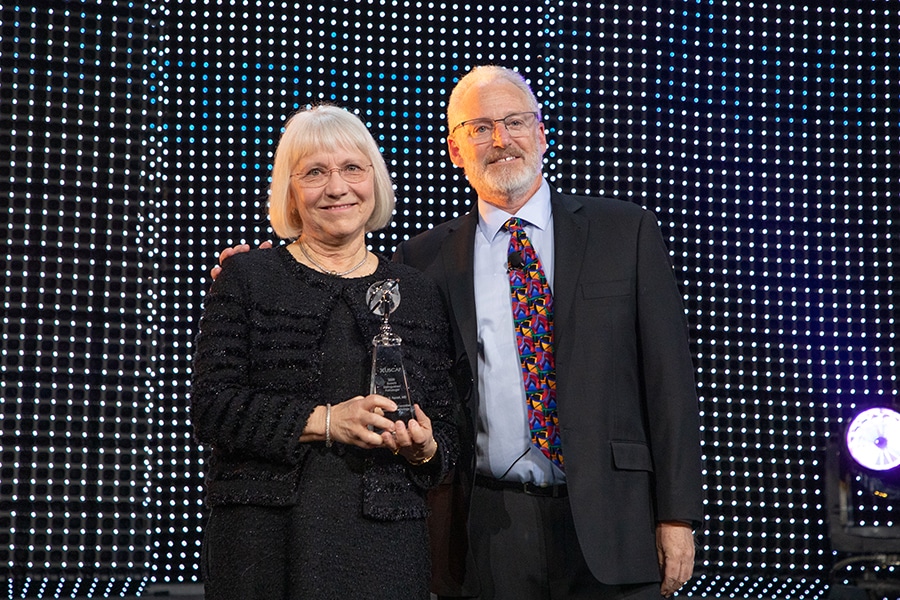 Dr. Ferrell trained in pathology at both the University of Kansas and the University of California, San Francisco (UCSF). She joined the faculty at UCSF in 1981 and retired to Emerita status in June 2015. She served as Distinguished Professor in Anatomic Pathology (Endowed Chair), as Vice Chair of Clinical Affairs in the Dept of Anatomic Pathology and the Director of Surgical Pathology from 2000-2015. She also served as Surgical Pathology Fellowship Director (2000-2014), and was the Director of Liver/GI pathology Fellowship at UCSF from (2005-2014). She has been honored with multiple medical student and resident teaching awards at UCSF, and with the Mostofi Award (2015) as well as Harvey Goldman Master Teacher Award (2016) from USCAP. She has been invited to lecture at numerous US and international meetings, including USCAP, and has had numerous visiting professorships and lectureships. She has contributed to over 200 papers published in peer-reviewed journals, and has written numerous chapters on liver pathology in major surgical pathology textbooks. She is one of the three co-editors for the last three editions (Editions 5-7) of the MacSween’s Pathology of the Liver textbook, recognized as the premier text in this subspecialty. She is also the lead editor of Liver Pathology, in the Consultant Pathology Series (Demos Publishers) which emphasizes difficult diagnostic problems in liver pathology. She is one of the founding members of the International Liver Pathology Study Group (ELVES). She has recently served as the President of USCAP and has previously served on the Education Committee and Executive Council for USCAP, as well as having served USCAP in a variety of teaching roles. She has also served as President of the Hans Popper Hepatopathology Society. She has chaired two major educational courses for pathologists for multiple years, including the UCSF (33 years) and the California Society of Pathologists annual courses (8 years). Dr. Ferrell still remains active academically and clinically in her Emerita status. Her academic interests currently include primarily emphasis in the areas of liver tumors, particularly hepatic tumors (such as adenomas, focal nodular hyperplasia, dysplastic nodules, and hepatocellular carcinoma), fatty liver disease, and vascular-related liver lesions.