“Be daring, be different, be impractical…

…be anything that will assert integrity of purpose and imaginative vision against the play-it-safers, the creatures of commonplace, the slaves of the ordinary.” -Cecil Beaton 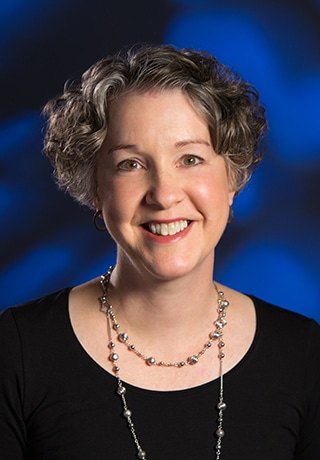 Dr. Lamps is the Godfrey D. Stobbe Professor and Director of Gastrointestinal Pathology at the University of Michigan, where she has been on the faculty since 2017. Dr. Lamps, originally from Auburn, Alabama, received her BS degree from Davidson College, followed by her MD from Vanderbilt University in 1992. She also completed her residency and surgical pathology fellowship training at Vanderbilt. She joined the faculty at the University of Arkansas for Medical Sciences (UAMS) in 1998, where she held a number of positions including Director of Surgical Pathology, Director of Anatomic Pathology, Director of Clinical Laboratories, and Professor and Vice Chair for Academic Affairs. Dr. Lamps is a renowned academic pathologist and educator, and a leader in the fields of gastrointestinal, hepatic, and infectious disease pathology. She has been invited as a visiting professor or course faculty at over 60 institutions throughout the country and the world. She has authored numerous papers and abstracts, particularly in her primary area of interest, the study of infectious diseases of the liver and GI tract. She is the co-author or author of several major pathology textbooks including Surgical Pathology of the Gastrointestinal System: Bacterial, Fungal, Viral, and Parasitic Infections; Diagnostic Pathology: Normal Histology; and Diagnostic Pathology: GI Endoscopic Correlation. She has also contributed numerous book chapters to texts including Odze and Goldblum’s Surgical Pathology of the Gastrointestinal Tract, Liver, Biliary Tract, and Pancreas, which is regarded as the most widely used GI textbook in the world. She is also one of four editors of the most recent edition of Rosai and Ackerman’s Surgical Pathology. Dr. Lamps has served USCAP in many capacities. She has been a member of the Vogel Award Committee, the Ramzi Cotran Young Investigator Award Committee, and was co-chair of the Residency Advisory SubCommittee. She was a member of the USCAP Council (now Board) from 2009-2012, and most recently served as the chair of the Education Committee. During her tenure as chair of the Education Committee, she worked on several important initiatives including an overhaul of the evaluation system and creation of a procedure manual that documents all of the policies and procedures of the committee. She is recipient of the 2017 President’s Award and the 2019 F.K. Mostofi Distinguished Service Award. Dr. Lamps lives in Ann Arbor, Michigan, with her husband, Paul Ward, and their corgi, June. She is active in animal welfare efforts, and served on the board and as the past President of the Central Arkansas Rescue Effort for Animals. She is an avid knitter, cook, and substitute yoga instructor.